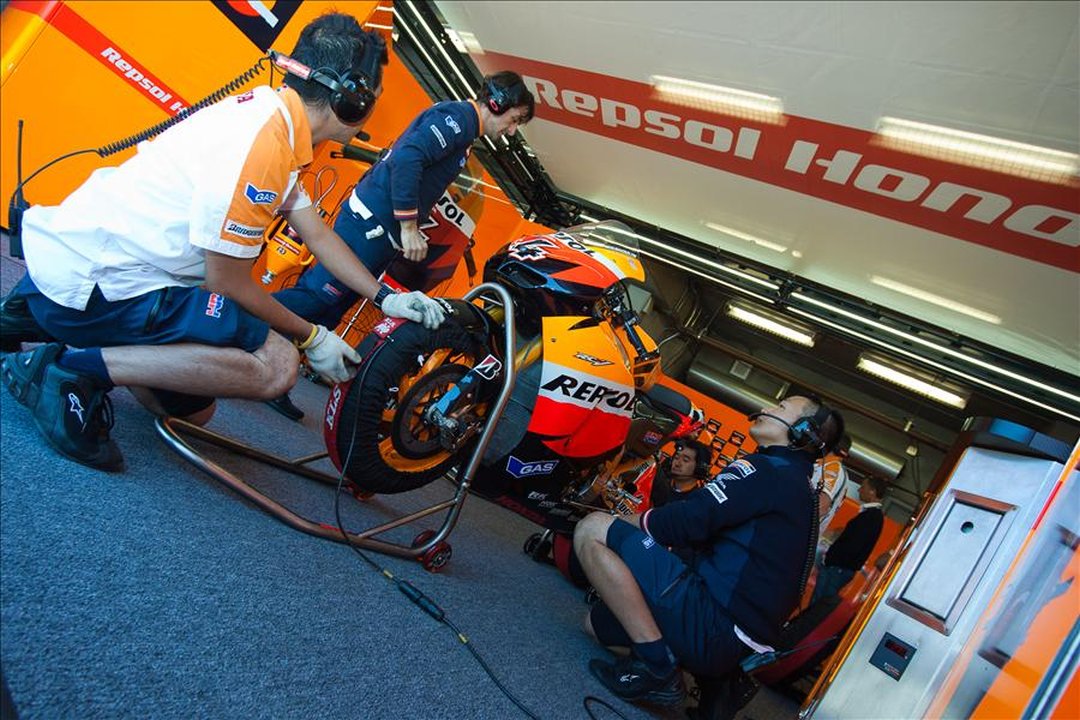 Unfortunately, reliability is hard to judge. Which motorcycle is more reliable – one that can break down but is super easy to fix, or one that will run forever but be a writeoff when it breaks down? What’s more important for a reliable motorcycle – ease of maintenance, maintenance intervals, or cheap parts? And then there’s the fact that many weaknesses (and strengths) will only reveal themselves after decades of use. Older models will have earned reputations for reliability, but new motorcycles will be tougher to judge.

With that being said, we’ll discuss all of these factors below as we rank the most reliable motorcycle brands for new and used bikes in 2021.

Choosing the most reliable motorcycle brand

What’s generally true for a brand may not be true for every motorcycle they make. Use this list as a reliable motorcycle buying guide, but the most reliable motorcycle may vary depending on the model and year. Brands can change over time, and previous owners may have had poor maintenance records for their bikes. All of this can impact whether a specific bike will be reliable.

As we share our insights about these brands’ reliability, we’ll also be indicating their results from Consumer Report’2 2015 survey. The score represents the percentage of users who’ve had problems with their motorcycles within the first 4 years while riding without service contracts. The lower the number, the better. 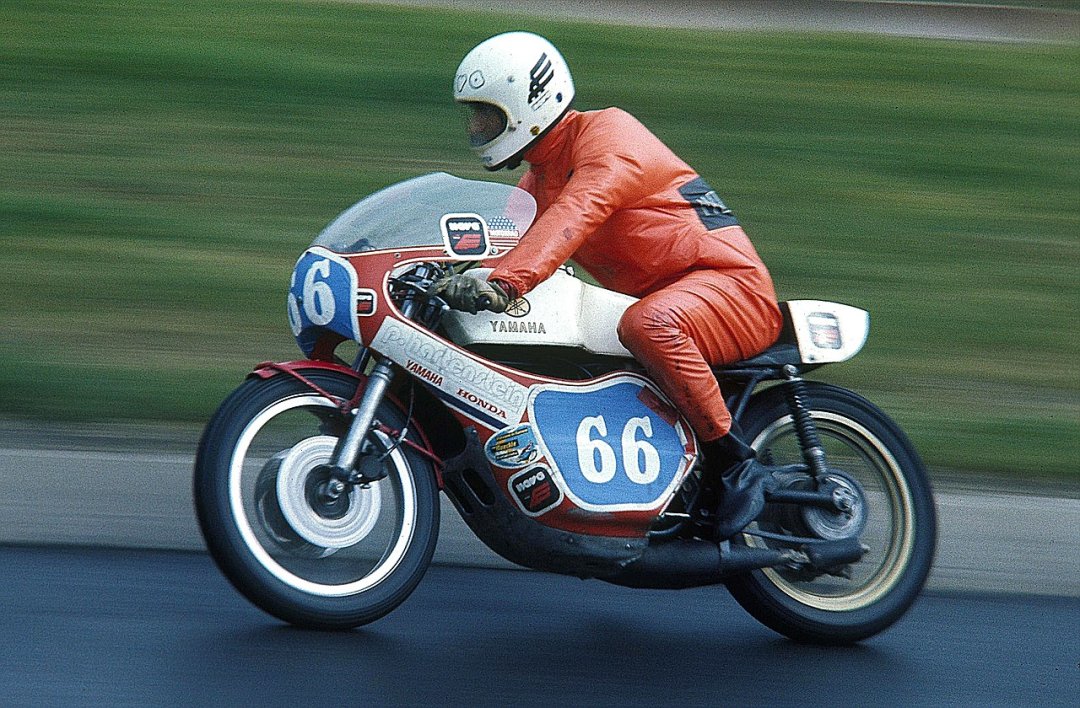 The Big 4 Japanese motorcycle manufacturers dominate the top of the motorcycle reliability list, and at the head of the pack is Yamaha. But here at the top, competition is tight. Yamaha beats the next most reliable motorcycle brands, Honda and Suzuki, by only a single percentage point. That’s according to Consumer Report’s big user survey in 2015, so things may be different now as each manufacturer looks for an edge.

Yamaha’s legendary reliability comes down to a few simple factors. First of all, Yamaha doesn’t just do motorcycles – they manufacture engines for just about any vehicle you can think of. Their manufacturing capabilities and expertise, as well as their vast engineering knowledge, ensures that their engines are always going to be extremely well-made. Whichever model you choose, it is likely that your Yamaha will be a low-maintenance motorcycle. 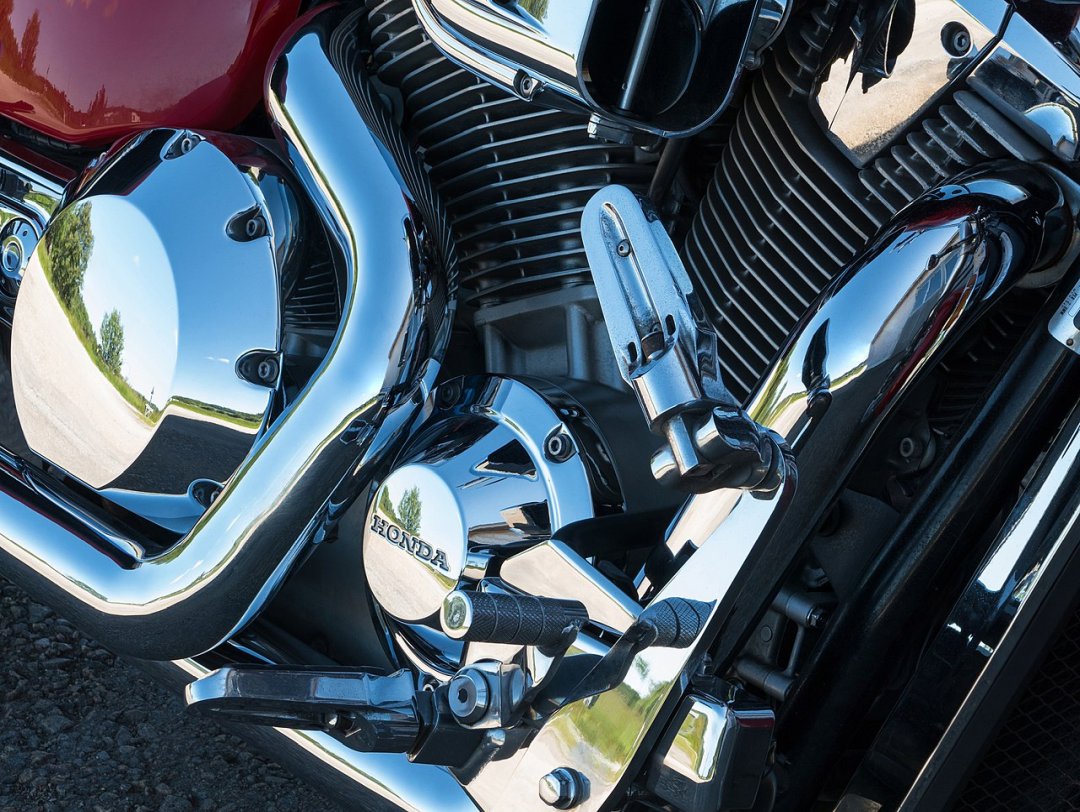 No surprises here – the Japanese Big 4 continue to dominate the top of the motorcycle reliability rankings with Honda. Not only are Honda’s bikes reliable, they’re also long-lasting. One of their most popular lines, the Goldwing, is beloved by riders for its well-engineered and long-lasting engine. It’s common to see models from the 1980s still on the road today.

Honda owes its success to the same broad engineering expertise that put Yamaha at the top of the list. By manufacturing maritime and other engines, they have a broad range of experience and manufacturing capabilities that ensure top-notch build quality and reliability. 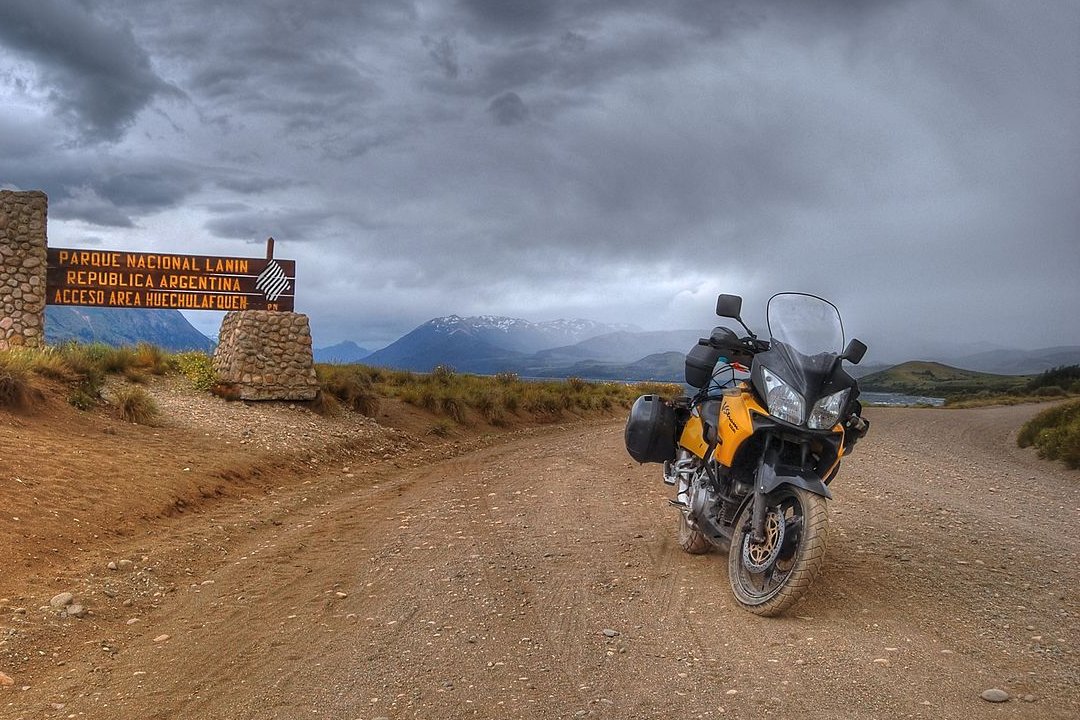 Suzuki and Honda are tied for second place according to the Consumer Reports survey. However, Honda has a much stronger reputation for reliability. While also highly reliable, some Suzuki owners have complained of more frequent electronic problems on their motorcycles. However, this might depend on the specific model. If you’re looking for a reliable motorcycle, you won’t go wrong with a Suzuki.

What makes Suzuki’s high marks even more impressive is that they lean towards high-performance bikes. While they make every type of bike, their most iconic models are the GSX-R and Hayabusa, two high-performance sport bikes. Even these two enjoy reputations as relatively reliable bikes. 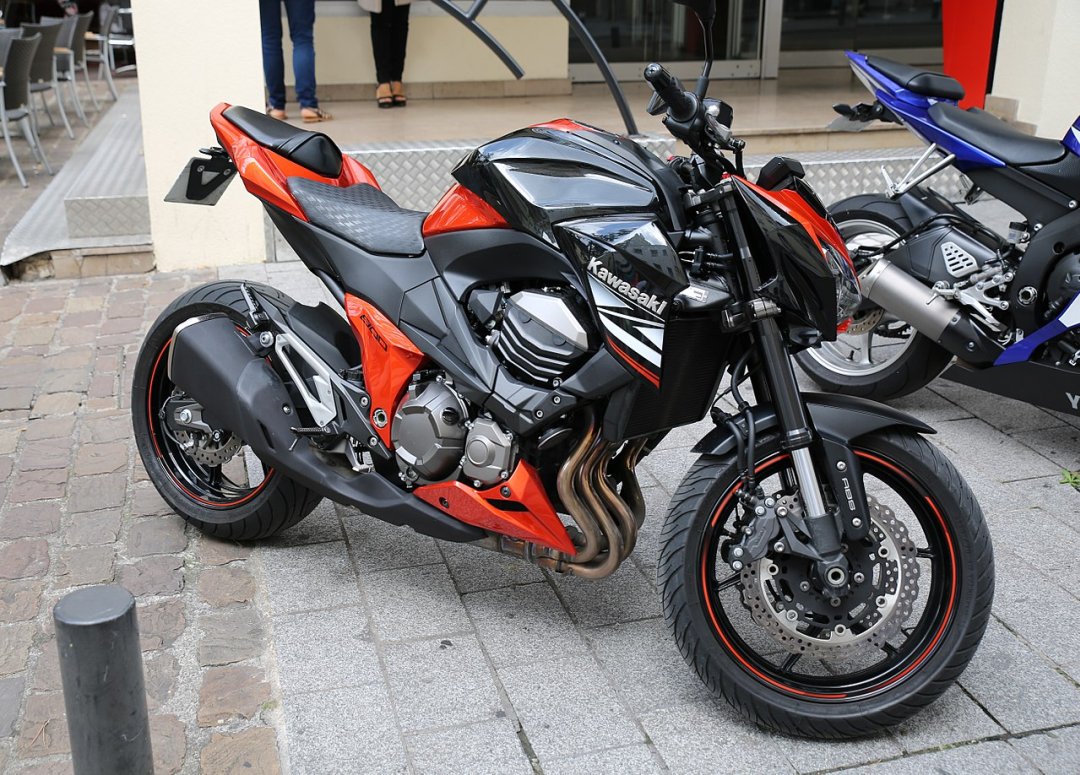 Kawasaki is just a bit less reliable than its other three Japanese counterparts. However, it’s still part of the pack and leagues ahead of the rest of the competition. Any Kawasaki is bound to be a reliable motorcycle, but they do have a few popular standouts, like the highly popular and reliable Ninja and KLR models.

Taken as a whole, it’s safe to consider the Big 4 Japanese manufacturers as more or less equal as far as reliability is concerned. Other factors, like price, design, and specific models are the best way for buyers to distinguish between them. As always, do your research on the model and year, as every manufacturer can make mistakes from time to time. 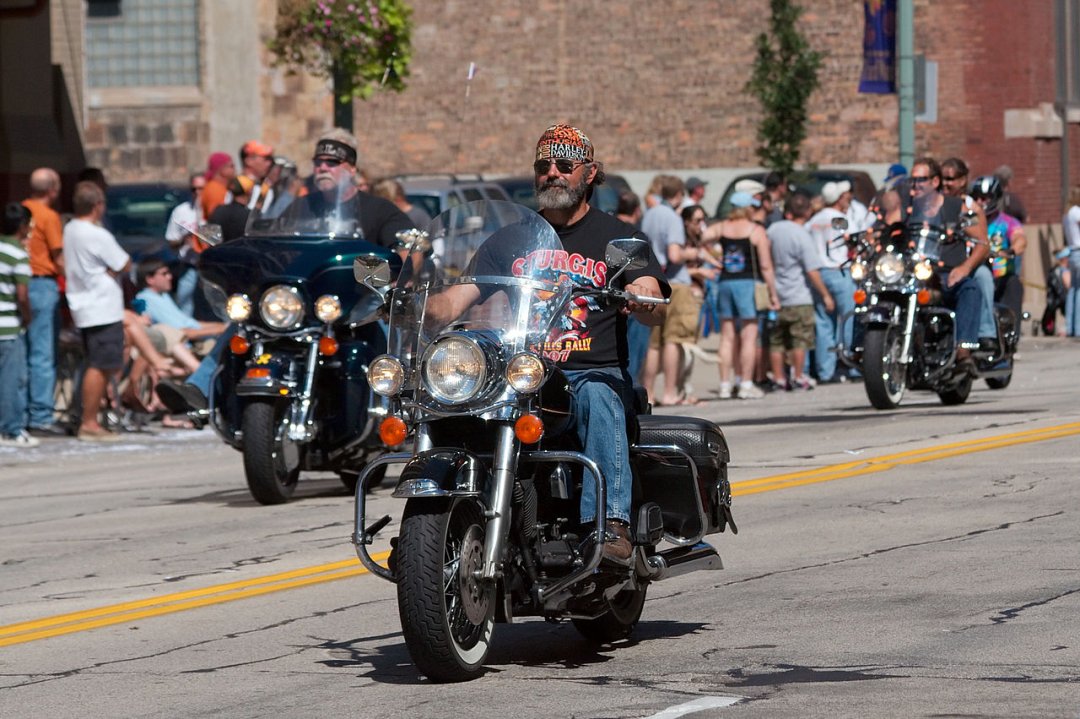 The iconic American cruiser brand gets a lot of flak from fans of other brands. If you’re a Harley owner, you’re sure to have heard someone quip about oil leakage at least once (often the result of automatic chain lubrication rather than actual leakages). It’s curious, then, to see them bringing up the pack behind the Japanese Big 4!

While Harleys definitely fall far behind Japanese bikes in terms of reliability, they still hold up quite well. It’s no accident that you see so many of them out there. Many collectors continue to ride models that are decades old, and that’d be hard to do if they weren’t reliable at all. 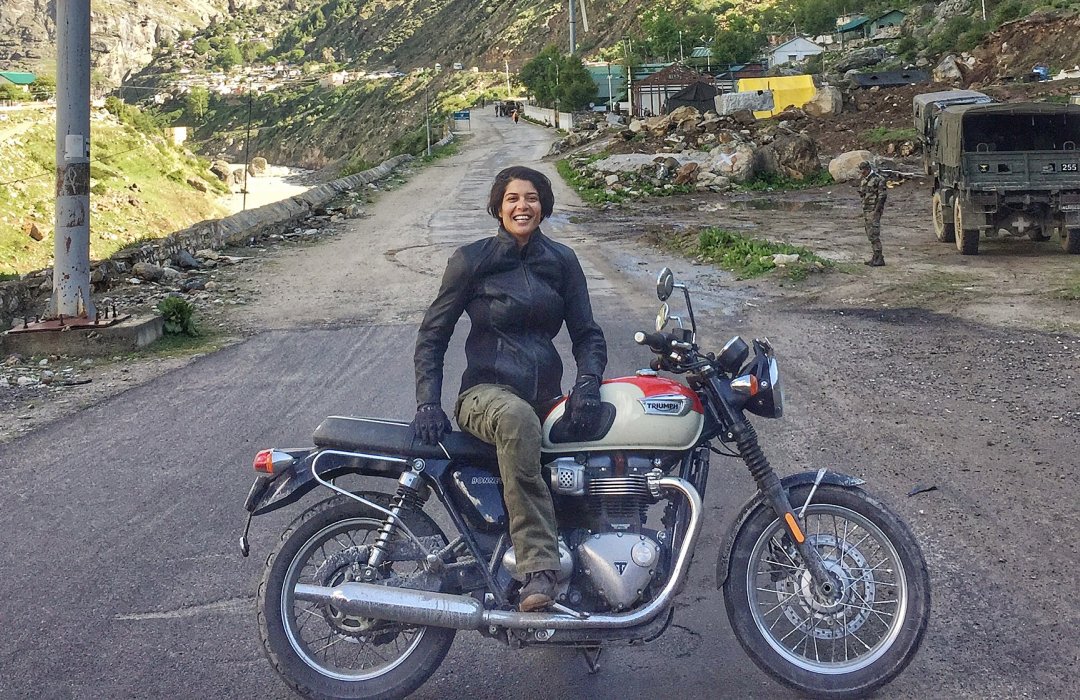 Triumph motorcycles have a mixed reputation for reliability. Their word-of-mouth reputation was ruined by bikes in the 90s that had bad oil leak issues. But are Triumph motorcycles reliable today? Things have improved considerably since then, so modern buyers can expect a high build quality. However, Triumph reliability still lags behind that of Harley Davidson and of the Japanese Big 4.

Ducati is a great example of why it’s important to consider a brand as a whole before making your choice. Reliability isn’t Ducati’s primary focus. Instead, they focus on making premium bikes with exceptional style, technology and performance.

Fans of the brand insist that Ducati reliability has been getting better, and that may be true. However, other factors, like poor parts and mechanic availability, may impact riders’ abilities to keep their bikes in good shape. Even if they’re less prone to breakdowns, the issues that do happen will be a bigger headache to fix. 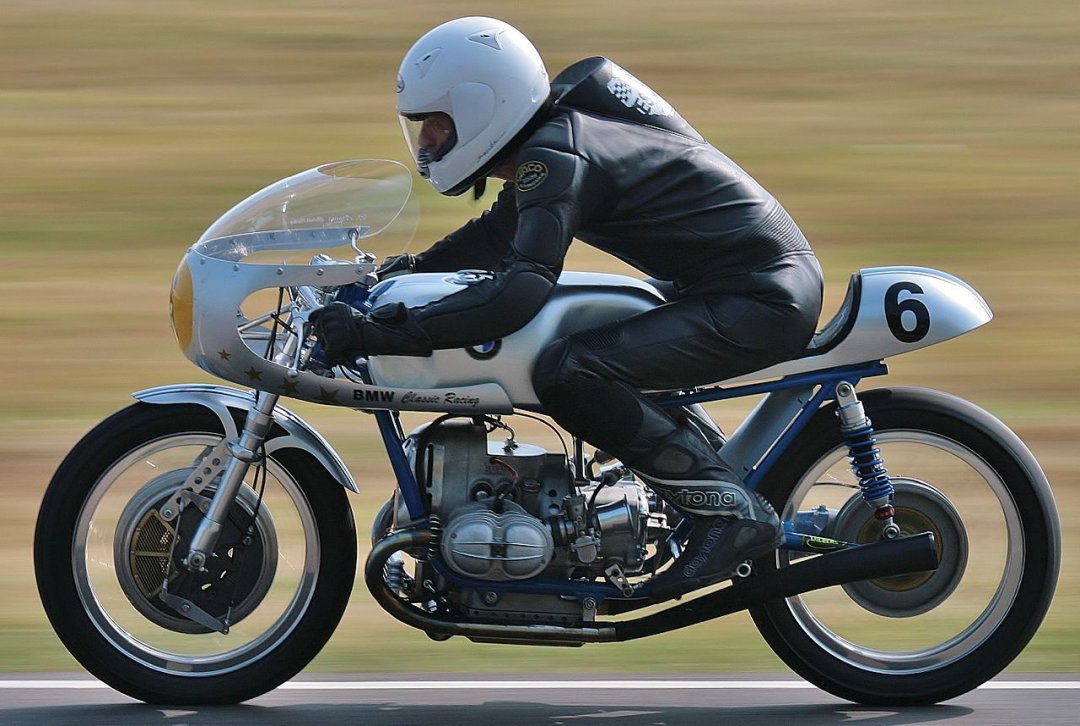 This score is a surprise to many people who hear it. BMW automobiles, and Germany as a whole, have excellent reputations for quality engineering. Why, then, did BMW motorcycles receive such a low score on Consumer Reports’ survey?

There are numerous theories. Critics insist that BMW motorcycles are all marketing without the quality engineering to back it up. Others believe it might be a consequence of all the unique features their bikes have. With more exclusive parts and features, there’s more that can fail. However, some say the 2015 Consumer Report survey simply came at a bad time for BMW. The brand launched a recall for certain 2011-2014 bikes that had faulty fuel pumps. Could the recall and the issues that prompted it have impacted the survey’s results? If so, is this score an accurate reflection of BMW’s reliability today? Are BMW motorcycles reliable?

We hope that the unexpected score helped BMW get their act together. In many cases, it looks like that may be true. If you have a specific model in mind, we suggest doing a lot of research. BMW motorcycles still run into issues, but many riders’ testimonies suggest that the 40% score may not be accurate today. Furthermore, as you’ll discover further on, they’ve also made one of the most reliable motorcycle engines ever. We suggest taking this poor score with a grain of salt.

Some leading motorcycle brands are absent from publicly available Consumer Reports survey results. How do they measure when it comes to reliability?

Users have complained about poor reliability from older KTM models (in the early-mid 2000s), but more recent models have been getting more positive reviews. However, one thing KTM owners concede for many models is that maintenance can be more difficult on some KTMs. Other manufacturers have taken steps to keep maintenance simple, reducing costs for the rider.

Aprilia reliability can depend on the model and year, so you’ll have to do your research when you’ve selected a bike. However, this is true of any brand.

Aprilia reliability complaints seem to revolve primarily around poor dealer coverage and part availability – a common problem among Italian motorcycle brands. This may make serious maintenance more of a pain, but with regular care, an Aprilia shouldn’t cause too many issues. There are notable exceptions in their lineup, however, so again – research your model before you buy.

Taking care of you motorcycle

It doesn’t matter how reliable your bike is – if you treat it poorly, it’ll fail sooner than it should. Careful and loving maintenance will make even the most temperamental machines run smoothly. Here are some tips for caring for your motorcycle:

If motorcycle reliability is important to you, then this list is a great place to start. However, it should only be the beginning. Make sure you research the models you’re interested in. Even models known for their reliability can have bad years that you should avoid. Other models might have specific recurring problems, and it’s up to you to decide whether those problems are enough to dissuade you.

For new bikes, brand reputation is key. It’s rare for any new bike to have so many problems that they’re being reported the same year of its release. However, you can talk to your dealer and find out whether there are any parts that have been reused from older models. If they have, then there will probably be information available on whether that part holds up.

Q: What is the most reliable motorcycle ever made?

A:  There are many opinions here, and it depends on how far back you want to go. One of the most reliable bikes is the Honda CB750. The engine was remarkably reliable over more than 30 years of production, and Honda’s usual build quality didn’t disappoint either.

However, most bikes’ reliability is considered primarily through the engine. The engine is the most difficult and expensive part to fix, and lots of other parts are expected to be worn out and replaced. So that leads us to the next question…

Q: What is the most reliable motorcycle engine?

A: Again, there’s a very broad field to choose from here. The aforementioned CB750 engine is a strong contender. But some of the most reliable motorcycle engines ever made have got to be the BMW and Honda boxer engines.

The BMW boxer engine has been in production in different versions ever since BMW began making motorcycle engines in 1921 (and their own motorcycles in 1923). Honda uses the boxer engine design primarily in their Goldwing – also one of their most reliable and long-lasting bikes. In both cases, the engines’ successes come down to good engineering and the suitability of the boxer engine for motorcycles. The flat positioning of the pistons reduces vibrations that can wear out parts over time and gives the bike a lower center of mass.

A: This depends primarily on the market in your area. Reliability is a big draw in many markets. Bikes that people know they can trust will depreciate slowly or even gain in value. In other markets, collector value is key. For reliability, most bikes from the Japanese Big 4 – Yamaha, Honda, Suzuki and Kawasaki – will hold their value quite well. For collectability, Harley Davidsons will hold their value well, as will older models with classic styling from other brands like Moto Guzzi, Triumph, etc.

Leave your email, we will send useful info and exclusive offers. No spam!