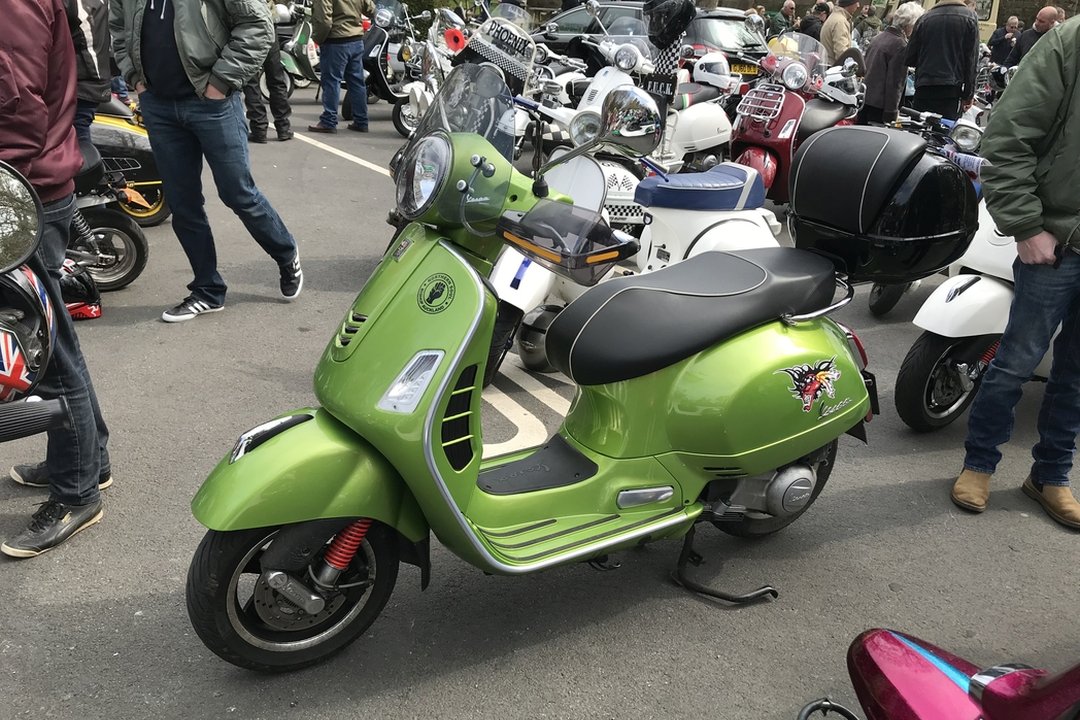 Scooter theft in London, as well as across the entire UK, is becoming a troubling issue. Scooters are among the most popular targets for thieves: relatively easy to steal and move, with spare parts in high demand, these bikes are especially attractive to criminals. Understanding what makes a motorcycle or a scooter a target for theft helps owners to prevent their two-wheeled machines from being stolen. But what if you already own a bike that’s extremely popular among thieves, and if traditional security measures such as locks and chains just aren’t enough anymore?

According to Nigel, owner of a Vespa 300 GTS, a Monimoto motorcycle tracker can be a great solution. Nigel had his scooter stolen but, thanks to the tracking device, he retrieved the bike within an hour. “I would have never found it if it wasn’t for Monimoto”, Nigel told us.

Having left his scooter with the steering lock on and the Monimoto tracking device active, Nigel thought the bike was safe. However, late at night, at 10 pm, he received a Monimoto alert: his scooter was being moved. Shocked, Nigel immediately ran outside to try and find the bike. “In the meantime, a friend of mine called the police, so I knew I had a backup”, Nigel explained.

Within ten minutes of searching following the Monimoto tracker, Nigel found his scooter hidden in a dark alley behind some trash bins. ” It was so dark I didn’t spot the scooter until I was a few meters away”, Nigel recalled. According to him, it was so dark he wouldn’t have spotted the bike if it wasn’t for the tracker. A few minutes later, police showed up at the scene to evaluate the situation.

Damaged But Not Lost

According to Nigel, although he found his scooter quickly, the bike was already damaged. The steering lock was broken, the ignition keyhole damaged, and one of the mirrors had been snapped off. The handlebars were no longer in line with the forks. Luckily, as Nigel works on the bike himself, he explained the repair cost will not exceed £80. “For me, this is a great result. All things considered, I would have never found my scooter without the tracker. If you haven’t already purchased one I’d do it sooner rather than later – buying Monimoto was the best £142 I’ve spent for a long time!”.

For Nigel, setting up his Monimoto device and hiding it away on the scooter was an easy job. “It only takes a few minutes. The only thing I changed on my tracker was the batteries – I swapped the factory ones for Duracell. Other than that, the set up is very simple”, Nigel explained.

What sets our tracking device apart is the fact that it’s wireless. You do not need to connect the tracker to your battery: typically, bike thieves immediately disconnect all electronics and wires, so if your tracker is connected to the battery, chances are, it will be disarmed. Monimoto, on the other hand, is wireless which means it’s impossible to disarm and much harder to find. You can stow the tracking device anywhere on your bike and just forget about it. Hopefully, you’ll never have to use it!

However, as Nigel experienced first-hand, it’s much better and safer to have the tracker active just in case your motorcycle or scooter is targeted.